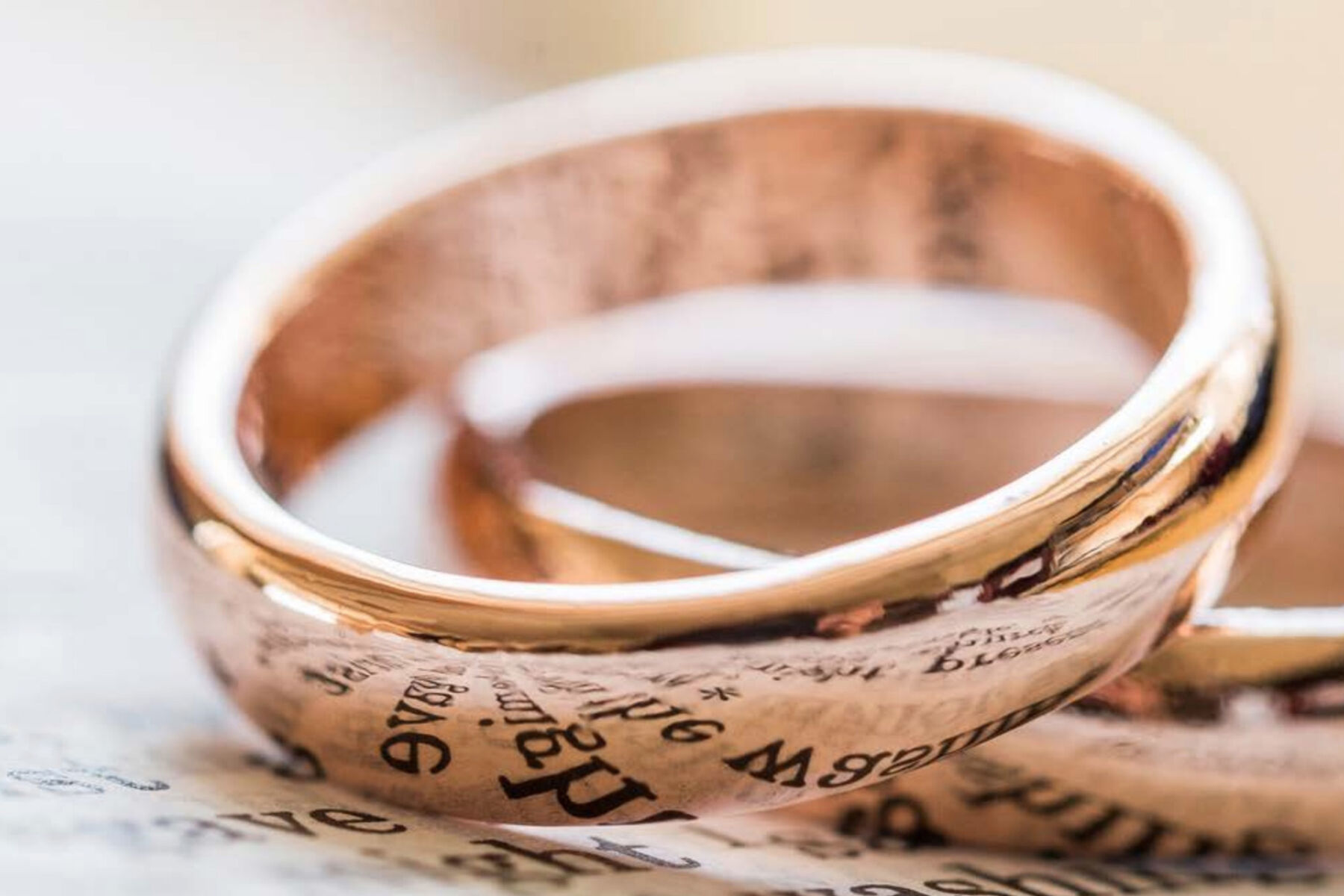 Confusing, out of date and restrictive – that’s The Law Commission’s clear view on wedding rules as published in their review today.

Yes, the country might be sweltering and the government might be floundering but weddings still make the news today as the long-awaited Law Commission report makes it clear that the rules around weddings in need to be updated.  They recommend that the officiant leading the ceremony rather than a building or location is licensed, the wording for ceremonies becomes much more flexible, preliminary steps to a ceremony can be completed online and, most importantly, these new laws would apply to all weddings, regardless of the religion or beliefs. 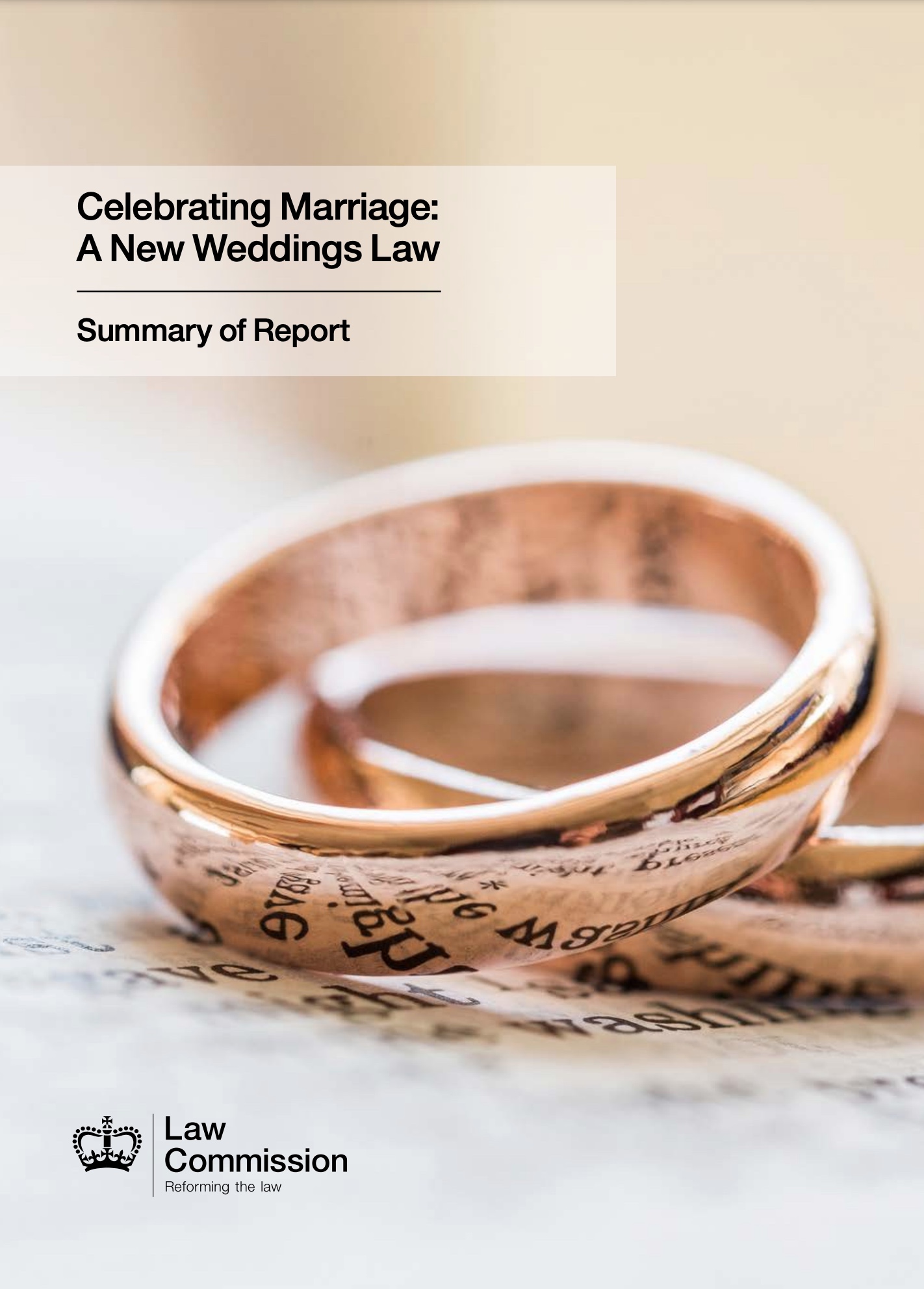 These recommendations, should they be accepted, would be the biggest overhaul to marriage law for decades.

However, there is no guarantee that the government will pass the necessary laws in the short term so if you’re suddenly thinking that your dream beach, woodland or clifftop wedding is now a go-er, you’re still likely to have quite a wait. The Ministry of Justice has said that they will “carefully review” the report but no timeline has been given as yet.

However, the very fact that the report has acknowledged the frustrations that many couples feel around their ceremony is a big step forward. Whilst there are some opponents to any change who are concerned that even the slightest deviation from the current system would somehow trivialise weddings, supporters argue that changes like this are needed, and well overdue, to ensure that wedding ceremonies remain relevant and meaningful to couples whilst becoming more inclusive and offering equality across all cultures, faiths and beliefs.

Miranda Ash, independent celebrant at Celebrations For All and part of the team at Give Couples Choice Movement says:

“I’m pleasantly surprised by the report. It’s a step in the right direction and shows that the government has taken into account the great diversity of choice couples should have when choosing who should conduct their marriage and finding an officiant who meets their needs. I’m glad the voices of independent celebrants have been heard and I’m looking forward to seeing how the recommendations will work in practice.”

Over the last few years, celebrant-led weddings have become increasingly popular for a whole host of reasons – couples are looking for something personal, they want more flexibility to acknowledge cultures and beliefs in a ceremony and they want more choice, in venue, in timing, in content and, crucially, they want a ceremony that is meaningful to them. Yes, for the marriage to be legally recognised, couples have to also go through the legal ceremony but for the vast majority, the option to create a ceremony that truly reflects who they are is simply irresistible.

And I should know because I’m an independent celebrant (find me at Wild & Oak) and every week, I work with couples who say just that – that the format of a church wedding or one conducted by a registrar simply doesn’t work for them.

For too long, we’ve continued to insist that couples persist with a certain type of ceremony that just has no relevance for many and can, in so many cases, feel like a tick box exercise where you simply ‘choose option A, B or C’ for your ceremony and ‘insert reading here’. Independent Celebrant Julie Lane agrees:

“As an ex-registrar, we were often having to say no to couples, shattering their dreams. As an independent celebrant, it’s great to be able to say yes and the recommendations look like they will enable this to happen but also make it possible for us to conduct the legalities, so as well as the couple saying their vows where they choose, they will be able to include religious or faith elements if desired giving couples’ choice – hurrah!”

The changes would also be a huge step forward for couples whose religious weddings aren’t currently legally recognised as those taking ceremonies could complete the registration process to be able to register marriages. For example, Muslim faith ceremonies also need to be accompanied by a legal ceremony to be recognised under English law and without ‘the legal bit’, the couple’s marriage isn’t legally registered.

As a celebrant, it’s always been interesting to me that wedding law has been so slow to keep pace with modern society. Even some of the words that are used in ceremonies, particularly in churches feel at odds with who we are. Tamryn Settle, Celebrant

It’s all too easy to say that marriage is an outdated institution when the ceremonies themselves, in many cases, feel like an absolute blast from the past. If you’re making promises, they should be promises that really mean something to you, using words and phrases that resonate with you both and carry weight. Having a giggle or including a line that you both always say to each other doesn’t make light of marriage just as choosing to use traditional phrases doesn’t mean you’re boring or outdated.

I would argue that being yourself adds to the moment and surely being more invested in your ceremony and in the vows that you make gives it so much more importance than repeated words you’ve had no say in. Everything about marriage should be a choice, including the ceremony.

Jennifer Constant, Founder of The Celebrant Directory and The Academy of Modern Celebrancy says:

“This report is a step in the right direction in supporting thousands of couples who desire to have their wedding in the way that respects their beliefs and choices. It will take some time to implement and we are yet to know the full details and have any assurance of government approval, however we are very encouraged by the recommendations. The report appears to be modernising the outdated marriage act of 1949 – a 70-year-old law that does reflect the values and inclusivity that our society desires. We are ready to take on any challenge to make the path to implementation smooth for all celebrants and couples.”

Of course, if the report’s recommendations are implemented, it won’t just give couples more choice in officiant and ceremony content, it will also, quite literally, open the door to a whole host of new locations for ceremonies and this is something that’s sure to excite couples, officiants and, frankly everyone involved with weddings!

“In my view, the proposed legal changes are welcome news as it brings the ceremony in line with every single other aspect of a wedding in 2022 where there is choice and the opportunity to personalise every detail. It’s likely we will see a range of locations promoting themselves as wedding venues, in particular more outdoor locations will start offering wedding ceremonies, welcome news for those already providing the other infrastructure around wedding days but thus far unable to qualify for a licence, even if they have hosted weddings with independent celebrants. I do think we’ll also see a resurgence of ‘at home weddings’ for those with gardens and the spaces to be able to host their wedding and celebration in one place.”

“I’m pleased to see the report call for the legalised person to be able to marry the couple, not the location,” says Independent Celebrant Helen Noble. “I agree with the report’s proposal and think it should be the person present that’s licensed, not the premises. It comes down to giving couples choice whilst maintaining safeguarding, due diligence and protection of the couple, the officiant, the guests and the public and also the location. I also hope this change includes religious weddings and marriages. I find it ridiculous that a couple who know and trust their vicar, priest or religious leader can only get married in that one building that the vicar or priest is custodian of.” 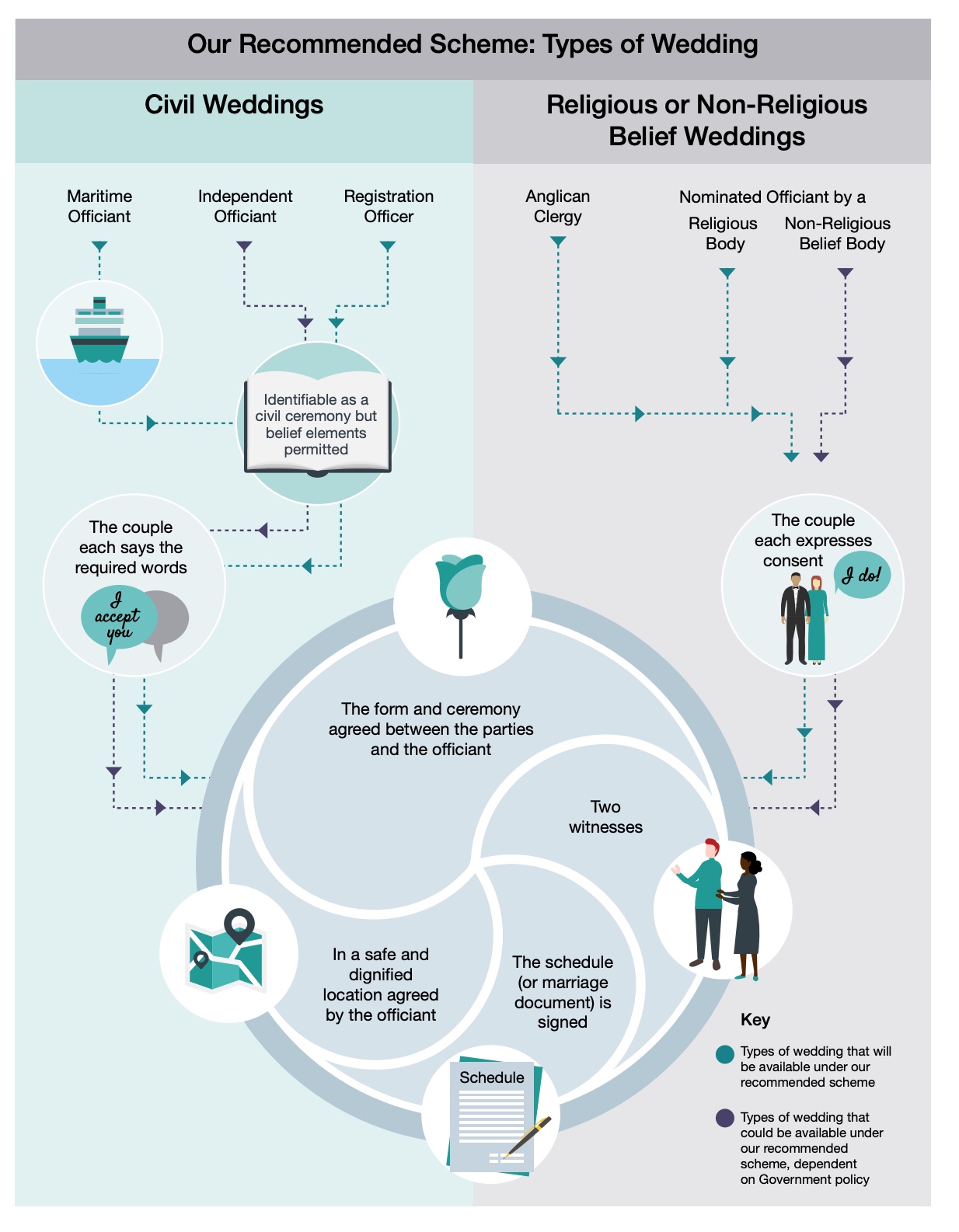 So, overall, this report is a welcome step forward but it’s the first step on a journey. As always, the devil will be in the detail. What will costs be for celebrants? Venue licence costs run into thousands so will each individual wishing to become a licensed officiant face similar fees? And, importantly, is change actually a government priority and will any Bill introduced actually make it through parliament before the next election?

I’m beyond happy that finally, it’s been made quite clear that for marriage to remain relevant for all, the law absolutely has to catch up with couples and their needs. Tamryn Settle, Celebrant

Marriage isn’t, and shouldn’t be, a one-size-fits-all. It’s unique, personal, individual and ultimately, it’s made by two people who’ve chosen each other and those two people should be the ones who choose a wedding ceremony that works for them. Creating a marriage that you love starts with a ceremony that moves you and vows that you speak from the heart.

Whether you choose traditional vows or whether you opt for something more modern, it’s your choice and that’s just how it should be.

Self-confessed wedding addict Tamryn spends her days in her Berkshire studio writing about all things beautiful and romantic with her black Labrador for company.